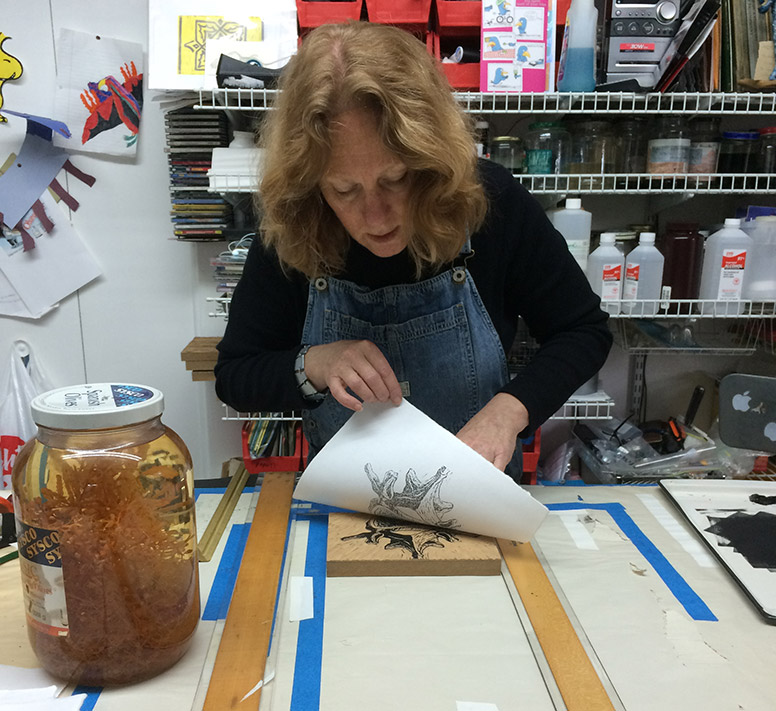 Working in both science and art as I do (and have done for 30 years) I have a continuous urge to peer beneath the surface of things. Quilts I’ve made in previous years imposed grid-like patterns on natural images, almost classifying or quantitating. My work of recent years, however, has been constructing batik sculptures of silk gauze layers, and creating layered monotypes that include solved calculus problems that relate to the printed image(s). The work was best described by Jed Dodds, Visual Arts Director of the Creative Alliance (Baltimore MD) for the “Subsurface” exhibit, October 2002:

“The urge to peer below the surface of things is at the root of all intellectual inquiry. We look under the hood, dig deep, peer within – all our attempts to understand the nature of things. Artists understand this, as do scientists….When one lift the veils, one must be prepared to see what’s beneath….Kathy Strauss constructs diaphanous batik sculptures which begin with the idea of scientific inquiry, but raise the emotional ante….Searching for clues, the viewer plays the role of archeologist, digging below the surface to confront not just the abstract story of an ancient culture or complex organism, but of individuals who stood the same ground as they.”